About Guide to Self and WebAngerManagement

Guide to Self was founded in early 2004 by Dr. John Schinnerer to enable individuals to reach their potential using the latest in neuroscience, advanced psychology, positive psychology and Eastern psychology (e.g., mindfulness, lovingkindness). WebAngerManagement was begun in 2008 as a sister site to Guide To Self.

Guide To Self is Dr. John's site for executive coaching and high performance coaching locally in the beautiful San Ramon Valley in California. WebAngerManagement focuses on helping people via the Internet so clients may learn invaluable skills in the comfort of their own home.

Both sites focus on the convergence between science, positive psychology, and physical health to allow people to overcome their personal hurdles so they may fulfill their life’s purpose. Our offerings are built upon the work of world-class psychologists, leaders, researchers, and neuroscientists.

We believe that those who rise to their potential share a common set of beliefs that compel them to work hard, to live according to their values, to master their thoughts and feelings and demand their best everyday. We believe that in order to deliver against the promise of excellence, every day, we must hold ourselves to the very highest values and ideals.

Dr. John Schinnerer provides you with scientifically supported executive coaching and organizational consulting to make the most of your personal and professional potential. A U.C. Berkeley-trained coach with a Ph.D. in educational psychology, Dr. John Schinnerer, has distilled the very best of research-based tools and methods to help clients overcome anxiety, and anger and move towards a happy, contented and purposeful life.

Dr. John was one of three experts to consult with Pixar on the Academy Award-winning movie, Inside Out. He is a nationally recognized speaker and an award-winning author. He has been on stage or on air with Lt. Governor John Garamendi, Olympic medalist Paul Kingsman, Dr. Daniel Amen, Dan Millman, Dr. Fred Luskin from Stanford, and Dr. Jonathan Haidt from University of Virginia. He has consulted with companies such as UPS, Schreiber Foods, Kaiser Permanente, and Sutter Health. He was featured in a documentary entitled, Skewed, by Paola Bossola, on anger in the media. He has been featured in national media including  SELF Magazine, US News and World Report and Readers Digest.

Dr. John Schinnerer has hosted over 200 radio shows during prime time in the San Francisco Bay Area on positive psychology and self improvement. He has authored numerous articles. His first book “Guide To Self: The Beginner’s Guide To Managing Emotion and Thought“ was named ‘Best Self-Help Book of 2007.’ The book was revised in 2015 and was retitled "How Can I Be Happy?" He has been a coach, executive and speaker for over 20 years.

His areas of expertise range from anger management, executive coaching, to overcoming fear to high performance in business and sports. He is a noted writer and speaker on topics such as positive psychology, emotional intelligence, optimizing brain functioning, and anger management. Dr. John began the Ultimate Online Anger Management Course in 2008 and has helped over 10,000 people to become less angry. His vision is to make the world a better place by helping one individual at a time to become less angry and more fulfilled. 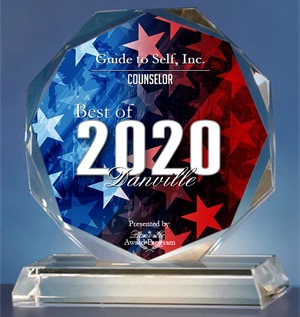 Just one more step to sign up for the latest proven tools to put you on the High Performer path AND receive a free gift - access to Dr. John's talk on The Power of Mindset - The Mindset Needed for Success!

Enter your name and email and click Submit below.